DANCE AND EXPLORE THE CONCEPT! 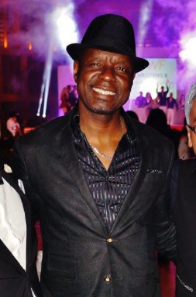 Sandy: You are known in the international Salsa dance community as Dr. Salsa. Can you tell us about how you got this nickname?

Dr. Salsa: It happened in Italy in year 2000. I was working as a legal expert for an international organization in Rome. I was quickly adopted by the vibrant and welcoming local Salsa and Afro- Latin dance community. I discovered that Italians were not only passionate for Salsa, Latin dances and Cuban culture. They also have their own ways of addressing people by their title instead of their name. Depending on your profession, you will be called cavalieri, professore, ingeniere, avvocatto, or dottore etc. When they learned that I was also a doctor in law, they started joking with me with “il dottore che baila Salsa” (“the doctor who dances Salsa,”). From there, I was known as Dr Salsa for my Salsa activities!

Dr. Salsa: I arrived in Asia in 2002 to work as a regional legal expert and law lecturer. After my professional duties, I started to join Salsa events in Bangkok and other Asian capitals. I was very surprised to witness the passionate embrace of Afro-Latin and Afro-Caribbean dance expressions like Salsa and Bachata across Asia.

A the same time I realized that very few Salsa instructors and dancers in Asia, knew about the amazing history of Salsa, its connection to spiritual practices and rituals in Africa, Cuba and the Caribbean. The sophistication of Salsa, not only as an Afro-Latin musical and dance expression but also as a codified language was broadly overlooked.

Given my origins that are traced to the roots of Salsa in West Africa, I decided that I could not just sit as a witness. I felt the calling. I had a role to play in contributing in the promotion of Salsa and Afro-Caribbean dances in Asia. In other words Salsa Concept is my personal mission and commitment in promoting the awareness of Salsa values and bridging cultural gaps.

Sandy: As “Dr. Salsa” what would be the best and easiest definition of Salsa that you could give?

Dr. Salsa: Salsa may be defined as a musical and dance expression that combines harmoniously African legacy with the Caribbean creativity and the Western modernity. West African nations, France, Spain, Cuba, Puerto-Rico, Colombia and Venezuela are some of the countries that contributed the most to the cultural manifestation of what is known today as “Salsa” music and dance.

Salsa music composition (like any music composition) is like Haute cuisine. Music composers are comparable to Chefs whose job is to mix or blend different ingredients to please our senses. Musicians use ingredients called beats (unit of sounds) produced by different instruments that they arrange harmoniously in a specific timing (tempo) to create a rhythm that influences our mood when we hear it. Similarly, Chefs use biological ingredients that they put together in a specific timing (cooking timing) to create a flavor that feeds us and gives us gustative pleasure as we eat it.

Dr. Salsa: Absolutely, the uniqueness of Salsa as a global music and dance expression is all in Salsa Concept.

Let me explain a bit more. Salsa has emerged as a major cultural phenomenon of the 21st century. It is a fantastic fusion of various cultures. In Cuba, African drums, French contredance and Spanish music blended into new dances with exotic names such, Danzon, Bolero, Son, Son montuno, Guaracha, Guaguanco, Cha Cha Cha, Pachanga, Mambo etc. The American public was first exposed to these exotic expressions during the 1930s with the Cuban, Don Azpiazu and his Havana Casino Orchestra.

It was followed by another Cuban legend, Benny More, and the golden age of the Palladium ballroom with the Mambo craze, from 1948 to 1960’s. Legendary names such as Machito, Mario Bauza, Arsenio Rodriguez, Tito Puente, and Tito Rodriguez marked this glorious period.

The true Salsa revolution occurred during the 1970’s in New York with the fusion of music genres such as Jazz, Boogaloo, Soul music, Cuban and Puerto-Rican music. Pioneers were promoters and musicians such as Johnny Pacheco, Jerry Massuchi, Ralf Mercado, Tito Puente, Tito Rodriguez, Celia Cruz, Ray Barreto and many others. As they started to tour the world with this new music, people asked them what was the name of what they were doing and they didn’t know what to answer. Creativity come and baby are born before they receive an official name.

As the story goes, Johnny Pacheco (from Dominican Republic) and Jerry Massuchi (Italian) made an analogy with the food “Salsa” (sauce) as a mix of different ingredients. Salsa reflects the variety of cultural elements that fusioned to compose it. As such it was defined by legendary musician and politician Ruben Blades from Panama as a “Concept”. It was a very inspiring process.

Dr. Salsa: Whenever you see me wearing a hat, that’s Dr. Salsa. It usually happen only during weekends and dance festivals. When I look more serious and dressed as a lawyer or lecturer without hat, that’s Dr. Roland.

Sandy: How do you combine your professional career as a lawyer and your passion for Salsa?

Dr. Salsa: The possibility to combine a lifelong passion with professional duties involving travels around the world is a rare privilege that gives me the opportunity to visit various salsa scenes in Asia and to share my skills with Salsa players and lovers in the region.

Whenever possible, after my day time duties, I’m usually invited by the local “Salsa community” to give a salsa or Afro dance workshop, or to play as the Guest DJ known as “Dr. Salsa”. Months after months, trips after trips, I have observed tremendous changes in dancing Salsa in Asia. That is what I call, the “Asian Salsa Revolution”.

Sandy: What are the main successes of Salsa Concept?

Dr. Salsa: Salsa Concept has built a reputation of quality in Salsa dance teaching (especially the style known as “New York Style On2” and Afro-Cuban).

Students who joined Salsa Concept, literally transformed their social dance lives and became more skilled, knowledgeable and confident. Some of our students became our best ambassadors around the world. Salsa Concept team is famous for excellence in teaching, dancing, event organization, community activities and Djing.

Salsa Concept Sundays has become an institution in Thailand since 2002 (14 years). Salsa Concept is also part of major Salsa and Latin events in Asia and around the world. We are now working on the project of Salsa Concept Academy to offer complete Salsa and Afro-Latin and Afro-Caribbean curriculum with an official certificate.

Sandy: There is a new craze for Kizomba in Asia. What do you think about this new movement?

Dr. Salsa: You are right. Kizomba is taking the world by storm for reasons that still need to be understood when things will settle down a bit more. There are many differences with Salsa.

At the same time Salsa, Latin dances and Kizomba have exotic syncopation. We are witnessing a shift from Salsa to Kizomba and a Salsa event that is not integrating Kizomba will no more attract any interest

The first major event dedicated to Kizomba in Asia is Afro-Latin Dance Invasion Asia (ALIA) in 2015. The second edition was in just last week in Langkawi and COLADA has offered an award to the winner (a couple from Indonesia) of the Kizomba dance competition.

As a salsa dancer, it would be a big mistake to miss the opportunity to learn and enjoy Kizomba. I am now engaged in the promotion of Kizomba in Asia trough Kizomba Concept.

Sandy: Finally, what do you think about Colors of Latin Dance (COLADA)?

Dr. Salsa: So many things have happened in the Salsa scene in Asia, during the last 15 years. There is a Salsa or Latin festival almost every month in different countries.

I would not have imagined that it would be possible to find a room for a new player in the Latin entertainment, such as COLADA. The focus on the diversity of colors and the participation of very top world artists representing this diversity is just amazing. It makes a big difference with other similar events.

Colors refer to one of senses of humans just like the variety and fusion of tastes that are represented in Salsa. Salsa as food, can be cooked like Salsa music is “cooked”. Salsa colors can be seen, just like Salsa music can be heard and Salsa dance can be enjoyed.

All this is about the celebration of the senses and COLADA will be a celebration.

Sandy: Thank you very much for the interview.